What is the input to TerraFlow?

TerraFlow takes clean FCS data and patient labels. For example, users can upload T cells collected during a clinical trial and label responders versus nonresponders. In 24 hours they’ll get back a complete immunophenotyping report.

Here’s an example comparing systemic T cell immunity in Hodgkin lymphoma patients and healthy individuals. These results have been submitted to Science Advances.

Reports are written in a clear language that makes it easy to share results with stakeholders outside your core. Share reports through TerraFlow’s cloud service or download them to your local computer.

The algorithm that started it all

How does TerraFlow work?

TerraFlow evaluates every combination of markers that can be formed within a given panel, generating ~100,000 combinations per dataset. A novel search algorithm then derives the protein combinations, or phenotypes, that best predict outcomes like drug response. Each population is described with the simplest set of markers that define the target population.

How is TerraFlow different from FlowSOM?

FlowSOM represents populations with ambiguous phenotypes like MetaCluster 5, leaving the user to figure out which markers were actually important. By contrast, TerraFlow defines each population with an explicit phenotype that can be directly sorted and developed as a clinical biomarker.

How is TerraFlow different from CellCNN?

While deep learning models like CellCNN deliver accurate predictions, they may only report a subset of cell types affected by disease. By contrast, TerraFlow’s exhaustive approach returns a complete and interpretable set of disease immunophenotypes.

How much does TerraFlow cost?

Each subscription covers an entire flow core. New users can request up to five seats.

Can I try TerraFlow before I buy it?

New users can test drive TerraFlow on their own dataset for free. Schedule a demo to get started.

TerraFlow’s commitment to privacy and security has been certified by an external auditor. Onboard our software in days rather than months. 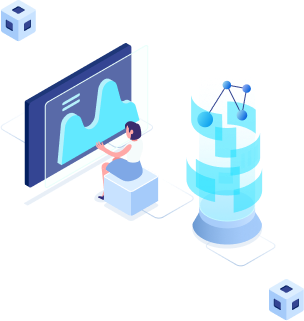 Never wonder what you’re missing in your data again

Book a demo to get started